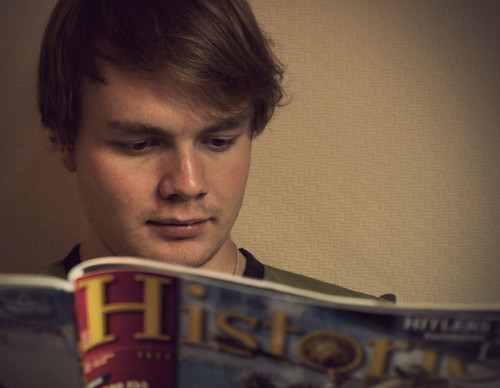 I’ve been voraciously reading a lot of books lately; re-reading the Twilight series by Stephenie Meyer for the third time then moving to Percy Jackson and the Olympians series by Rick Riordan. It took me less than a week to devour all five books of Percy Jackson, but it still didn’t satiate me. So I widen my scope and found Angelology by Danielle Trussoni (it was a good read and thanks to Nikki for that) which I easily consumed in less than three days. I don’t know why but I was still hungry to read more and the last time I felt like that was during highschool where I read one novel a day in the library. My English teacher noticed my prowess(somewhat) in reading books fast. She told me that I skim like a swallow and scan like an eagle because despite of the reading speed I possessed, the details were fully intact.

Back at the story on hand, since I was still famished I searched for more books to read, and stumbled upon The House of Night and Vampire Academy which I read on the same day (I was hopping between the two books). After the first book(s), I quit reading since I found the story(ies) unpalatable. I continued my search and lady luck was on my side; I managed to discover a lovely treasure. The treasure was in a form of four books. It’s a series by Shanna Swendson.

So basically this small review is about the whole series. The first book was Enchanted Inc. followed by Once Upon Stilettos then Damsel In Stress and lastly Don’t Hex With Texas. I bought and downloaded the books online through Stanza on my iPhone. I read my books on my iPhone due to convenience and if I love what I am reading, I usually buy the hardcover or paperback versions of the books.

Afte two days and a half I read all four books and I am definitely in love with the series! Shanna Swendson has this way of capturing her readers and leaving them to want some more.

The story revolves around Katie Chandler, who moved to New York with big dreams from a small town, finds her life becoming very strange as a series of odd things, involving unusual people and creatures, begin to happen around her and discovers that she may not be so average after all when she takes a job for Magic, Spells, and Illusions, Inc.

The thing I love with the story was that the characters were believable or real. The interaction between the heroine and the hero was spine tingling at its finest. It was so romantic plus embellished with funny moments in between made me giggle and shriek like a teenage girl on crack while reading it. I can even relate with Katie when it came down to her dating woes and not to mention the so-called stealth dating. It was so like me and Odd before we became an item. *sigh*

I don’t need to say more or else I might be spilling a lot of beans. To sum it up, the whole series is like a combination of Sex and the City and Harry Potter. It’s a chick lit at its best! So everyone do check it out and be swept by its romantic moments! Lastly, the book is optioned for a movie and I can’t wait for the fifth book!

Shanna Swendson’s website can be found here and please do check her blog as well to say hi!