Hei! You’re Odd right?” I said, approaching a young guy, who just made some goodbyes to a friend or a classmate before turning his attention to me.

“Yes, it’s me,” he said, smiling ear to ear before reaching out his hand. He’s cute. Taller than me, but not that much, which was a big plus!

“Charles here,” I said, accepting his hand. I could tell he was bit nervous, which made him, in my book, look utterly adorable. “Shall we go to a café or something?”

“Yes,” he said, sounding rather unsure. “I know a place that’s not far from here.”

We went to this café and took a seat in a corner, which was quite intimate and private. He ordered some cappuccino while I got something more substantial because I was famished. We talked as we waited and continued when the food and drinks arrived in between bites and sips.

We got to learn more about each other though we already covered the basics like three months ago when we started exchanging messages and emails from this gay website. He was nineteen and I was twenty-four. I was reluctant at first because I always wanted to meet someone older, but he was so cute in his photo that I changed my mind.

At first I felt cougar-ish, but the more I corresponded with him I learned that he’s quite mature for his age. This is a sure winner, I thought because hello, I’ve dated guys who were older, but with a mental capacity of a teenager. Ugh! Now, meeting him in person was not disappointing either because he was good-looking and sweet. I can’t take my eyes off him as we sat there talking!

Two hours or so had passed and he decided that it was time to go home. I was dreading it because I wanted to talk to him some more.

“I like to go to your place if you don’t mind,” I said, trying not to sound desperate, but then again asking to go to his place was border-lining desperation. I’m so pathetic, but a guy’s gotta do what a guy’s gotta do.

“I don’t mind,” he replied with a cute smile. My heart skipped a beat and I felt that I wanted to do some somersaults.

At his place, we watched this Van Helsing movie while making some small talks in between. It felt really weird as my whole body was firing up like I’m overloaded with adrenaline, scratched that, libido would be the correct word.

I was throwing glances towards his direction and I realised he was also doing the same. I started to move my chair slowly and discreetly towards him. I didn’t know if he noticed that I was getting closer as he remained mum, seemingly pretending to be engrossed with the movie.

No one said a word until the movie ended. I was ruminating if I should just make the first move, but the fear of rejection made me hesitant. I needed to decide fast because I felt in that exact moment that I don’t have the luxury of time.

“So, you’re going to sleep now?” I said. I know. Stupid question.

“Yes,” he said quietly, taking out the DVD disc out of the player.

“Okay,” I said, pausing to think that I should just say what I was meaning to tell him all along because I got nothing to lose aside from being embarrassed. “Can I kiss you?” The words just escaped from my mouth.

“I don’t know,” he said, looking nervous. “I’m not ready to have a new boyfriend…yet.”

I was relieved that it was not a rejection, sort of. I could still fix this, so I said, “I’m not looking for a boyfriend either. I just wanted to kiss you.”

He flashed me a grin. I understood. I went forward and stroked his face, looking straight at those emerald eyes of his. We moved closer and I could feel the warmth of his breath. He wrapped his arms around me before he pressed his luscious lips against mine.

Words could not describe how I felt the moment our lips touched. The feel of his lips against mine reverberated across my entire body. With his arms still around me and our lips locked, he guided me towards his bedroom. Then with a flick of a switch everything went dark.

I made a wallpaper for you guys to download: 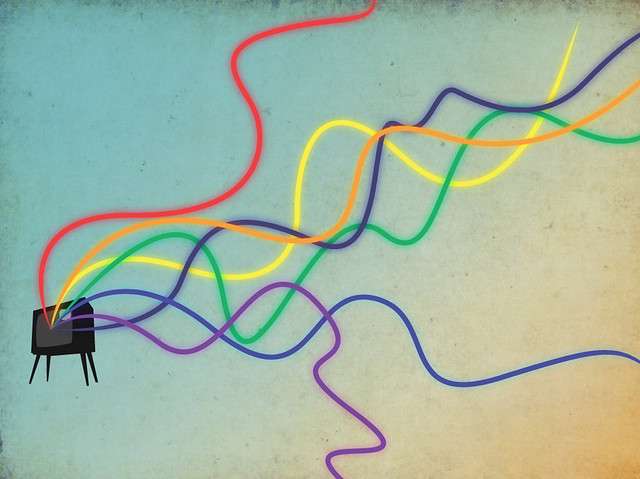