It was incessantly raining outside, making me stay indoors for the rest of the day. Don’t get me wrong, I love the rain. I found it conducive to my creativity, like a lubricant for my brain. I took this opportunity to do a photo shoot especially Odd was also at home, and I made him my model with this ad campaign project at school.

“What’s this ad campaign all about?” Odd asked me with a skeptic look. He was not really keen to be my model, but I managed to persuade him.

“Well,” I said, pausing for a moment and letting out a girly giggle. “I’m using myself or my services as a designer as a product in this ad campaign. Call it shameless self-promotion.”

Odd didn’t say a thing, he just nodded solemnly while I started setting up the lights and the clothes he’s going to wear. It took an hour and a total of sixty-four shots before I said it’s a wrap to his relief. He was just happy that I was finally done torturing him with posing instructions and the like.

I went back to my computer and uploaded all the photos, editing them as soon as possible. After a couple of minutes I was finally done except for the text.

“What should I write here,” I muttered as my mind delved deeper into the crevices of my brain. I sometimes call it my inner brainstorming.

With my mind still blank, I logged in on Facebook and saw my friend, Kathleen was online. I chatted with her and through our conversation, we came up with a slogan: “Making the mundane brilliant“. It was initially from my idea of using the word mundanity.

Thanks to Kathleen, I was ultimately done with the project. I immediately called Odd, so he could see the final product. 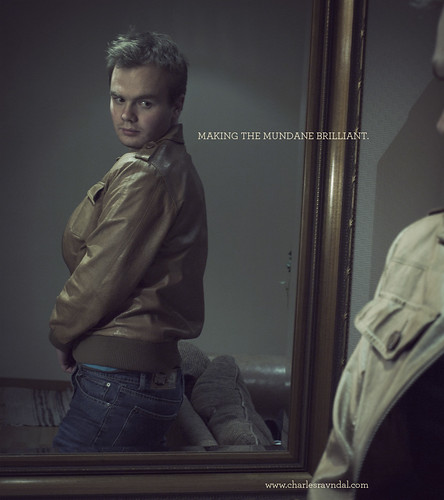 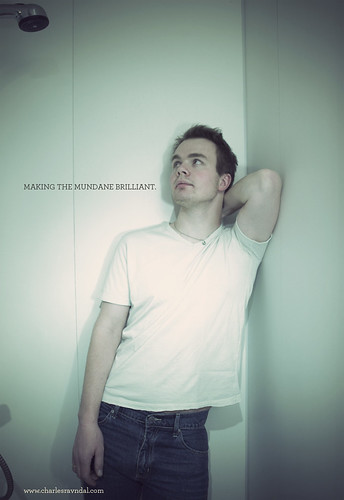 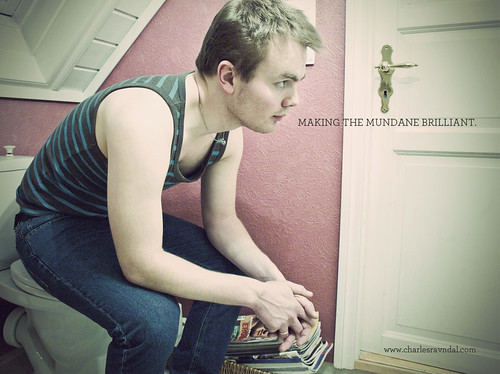 “I look good in those photos,” said Odd, beaming at me as he wrapped his arms around my neck. “I’m proud of you with this awesome work.”

“It’s me you’re talking about,” I said cockily, smiling back at him with a sense of fulfillment after a day’s work.